I haven't posted here in forever but I wanted to share my new kitten with anyone who is still on my feed.

Saw Captain America Civil War over the weekend -- TWICE! It was the best Marvel movie I've seen in recent years. Yes this definitely surpasses Age of Ultron, Iron Man 3 and Ant Man etc. Seriously, go watch it. The action is just amazing. Everyone's a boss and a badass.

And for my little fangirl moment, I'm still a firm Steve/Bucky shipper.

Oh yeah, if you're watching, stay for the 2 end credits. Both are awesome.

My inner fangirl is screaming right now. I don't post often but this announcement by Squareenix is enough to bring me out of my shell.

Final Fantasy 7 has always been my fandom and I'm so happy to see its being remade. Oh hell yeah I'm buying this Day 1 if it ever comes out. I can't believe how beautiful Midgar is, and Cloud and everything ShinRa! *screams and frails about wildly*

Also, if anyone else remembers this, I can't wait to see HD Cloud cross dress, and also groped by a roomful of guys at the bath place. HA HA HA!

Just to let anyone who's still following this LJ that I'm still around. I haven't posted in ages but that doesn't mean I haven't been checking this LJ. In fact I still do every day!

Anyway quick update on my status - mostly still playing my games in between insanely long work hours. I did manage to get my hands on an iphone 6 plus, and then promptly got sucked in Puzzles and Dragons. So if anyone else is playing that on my f-list, do give me a shout out. On the 3DS front, its Fantasy Life, and on my Vita, Tales of Hearts R. So you can see, I'm terribly distracted and between all these games and paying for my new phone, I'm terribly broke. Hahaha

Also obsessively following Keira Marco's Rough Trade November ficathon which has the theme of one of my favorite tropes - soulmates! Lots of great writers in that group to give encouragement to.

And for all catlovers on my list, thats a picture of my kitty taken recently looking very pretty. 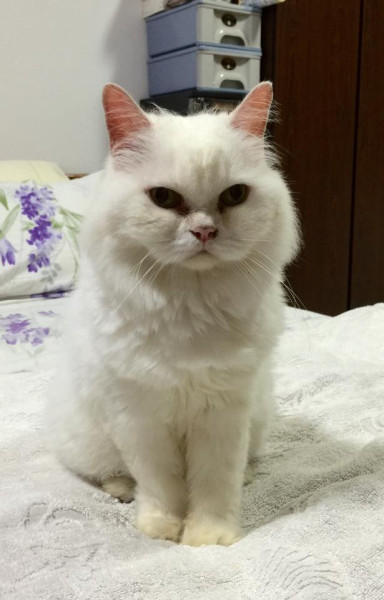 Really stunned that a commercial flight from Malaysian Airlines was shot down over Ukraine. Wow that conflict zone is really unsafe.

Also second commercial plane from MH to go down in half a year. This must be a record.

Having a good read of this article:

Its basically about how Big Bang Press signed onto gyzym and is publishing her original story, and the good part is that they're actually capitalizing on her fanfic background instead of making her pull everything off the net. I suppose with the insane success of 50 shades and Twilight all being reversioned fanfic ideas, people in publishing are thinking of new ways to cash in on the people writing the stories. All I have to say is that at least gyzym is a good writer so hopefully she'll enjoy success with her original stuff.

It's annoying me how long this pain I've got seems to be lasting. Woke up this morning all stiff and in pain again, just after I was feeling much better yesterday! I tried walking around for longer than 15 minutes in a stretch yesterday and that must have been too much. I'm a little frustrated by the slow pace of healing.

On the bright side, I got hold of Bravely Default for my 3DS and I have to say, its been a looooooong time since I had the feel of a Final Fantasy-esque role-playing game recaptured. Bravely Default is very very good.

Seriously if you have a 3DS, buy it. Squareenix did practically everything right. It's very customizable with the job system, the grind has difficulty levels so you can set it to easy or hard (there are also accessories that will double the job/exp points so the process is less painful), and the characters get to change into adorable clothes with every job change. There's also no barrier on what gear you want anyone to wear, though some will obviously better suit spellcasters than melee fighters if you just go by the stats. You also get to decide if you want to listen to the Japanese voice acting or english with subtitles. To be honest, the english voice acting is surprisingly good too, so its not a hardship. All the graphics are top notch, I really like everything about how it looks. The 3D effect isn't too bad either, though I have it turned off. Squareenix really went all out to make this a quality game and it shows.

Plotwise is where it gets a little cliche (amnesia boy(not the main character), crystals, world in danger etc, no spoilers, this info is all in the first hour) - but there are enough surprises later on that make it fresh for me. There are also these amusing little party conversations in which your characters discuss things that happen in skits (just like a Tales game!). I'm loving the rebuilding of Norende mini game. So if anyone wants to add friends with me, just let me know! The only thing I'm pissed off about is that some mystery person on the internet sent me a level 99 Nemesis! I'm never going to be able to get it out of Norende. :(

And for anyone else curious about my 3DS library, I have Pokemon X, Fire Emblem Awakening, Shin Megami Tensei 4, Animal Crossing New Leaf and Rune Factory 4 also waiting for me to get to. Hahaha my gaming backlog is a little insane.

Well this wasn't a very good start to the New Year for me. On monday, as I was prepping to go to work, I bent forward and somehow threw my back out. The pain was so excruciating that I ended up having to call an ambulance. I simply couldn't move at all.

Anyway, fast forward several days in hospital and many tests, and I'm back home now, although my back still hurts like a bitch, I have painkillers at least. Doctors said it'll take time to heal. Good thing is I have several days of sick days off, and physiotherapy to look forward to next week.

My kitty cat showed she really missed me when I got home. She's not stopped clinging to me. So sweet of her.

Christmas was very quiet for me this year but I was quite happily playing with my brand new Playstation Vita 2000 which was really a gift to myself after my trip to Japan. And as I was downloading all my purchases from PSN, I got to thinking about all the good times I had with video games from the years past. This led me to thinking about the best video game OSTs that I'd heard - of which I probably put Chrono Cross OST as my favorite.

But my search for video game OSTs led me to this:

Thats the theme to Civilization 4 named Baba Yetu which even won a Grammy! It's the Lord's Prayer in Swahili which put me right into a Christmassy mood. Thought I'd share, please enjoy!
Collapse